Ohla Barcelona is proud to give you 5 different culinary spaces led by Chef Romain Fornell.

Romain Fornell was born in Toulouse, France in 1976. In 1994, he began his studies at the prestigious Toulouse Hospitality School (Lycée des Métiersd’Hôtellerie et du Tourisme) and was named Best Young Chef of the Midi Pyrénées region.

In 2001, he earned his first Michelin star, making him the youngest chef to do so, just 24 years old. He moved to Barcelona in 2002, where he has lived ever since, to take charge of Caelis. In 2005, Romain got another Michelin star for Caelis, becoming the only French chef to receive this distinction in both France and Spain.

Since early 2017, coinciding with the move of Caelis to Hotel Ohla Barcelona, he has been the Chef/Culinary Director of all of the culinary spaces at this hotel: Caelis, Caelis Privé, La Plassohla, Monsieur Rouge and Rooftop. 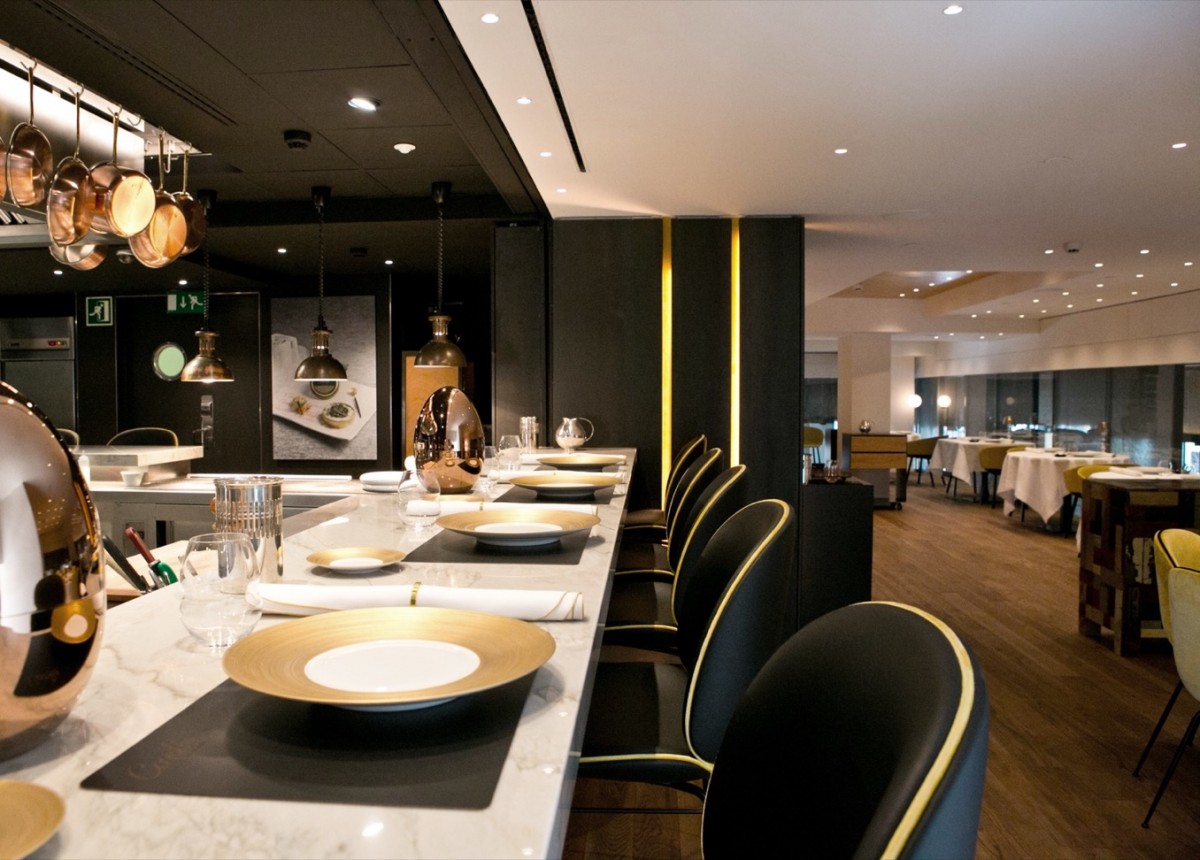 The culinary style of Caelis Chef Romain Fornell and his team is contemporary cuisine, reinterpreting tradition and vanguard in his own creations. He is known for his daring, passion and balance.

Caelis is a restaurant with tasting menus (we have three options, one is vegetarian). Plus, middays from Wednesday to Saturday, we offer the prix fixe Caelis Menu (€48 VAT included), which changes weekly.

The restaurant has two separate spaces: firstly, the dining room with space for up to 24 guests at tables of varying sizes. And secondly, an open kitchen with a horseshoe-shaped chef’s table and stools that seats 14 more guests who can watch everything that goes on behind the scenes.

Romain Fornell opened Caelis in 2004 and earned a Michelin star the very next year.

In 2017, Caelis moved to Hotel Ohla Barcelona. The move was also a turning point in the restaurant’s culinary offering and this new era is more contemporary and less classical.

In early 2018, Caelis Privé was inaugurated, the private room at Caelis. Caelis Privé is located on the -1 floor of the Ohla Barcelona hotel. 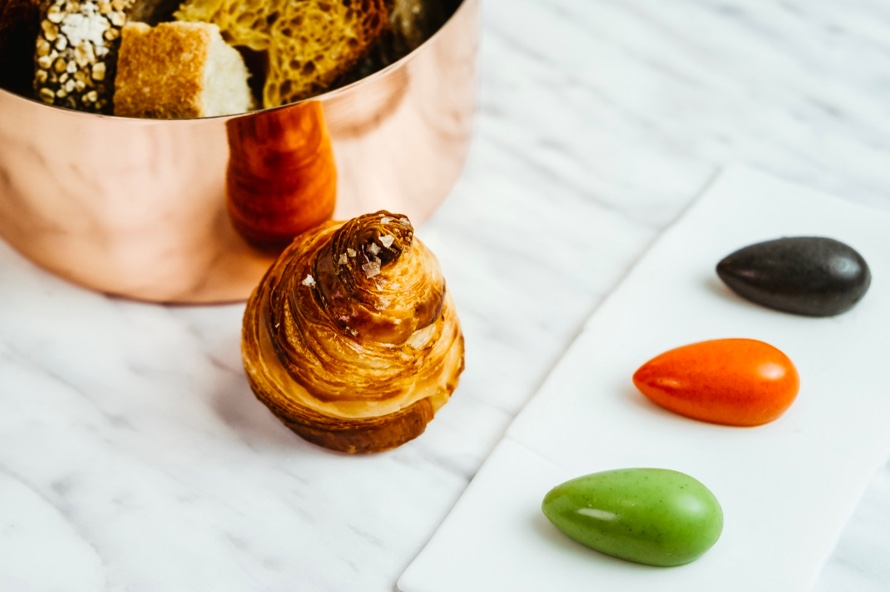 Privé Caelis is the new space at Michelin-starred Caelis and one of the most personal passion projects of Chef Romain Fornell.

Caelis Privé is a separate space where guests can host private lunches or dinners and one of our chefs will prepare and explain the dishes to diners.

The room features a huge screen showing everything that is going on in the Caelis kitchen in real time, for an exceptionally unique experience. 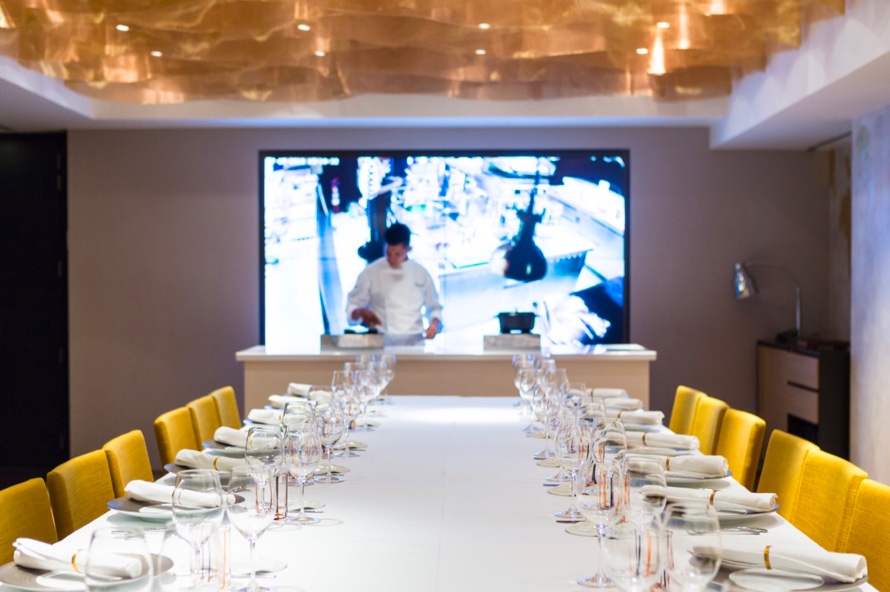 The menu at Caelis Privé is ad-hoc, with several menus designed specially for this space (not the same as in the main restaurant).

The space seats up to 26 diners at one long table.

For bookings or to request menus, please contact us at info@caelis.com 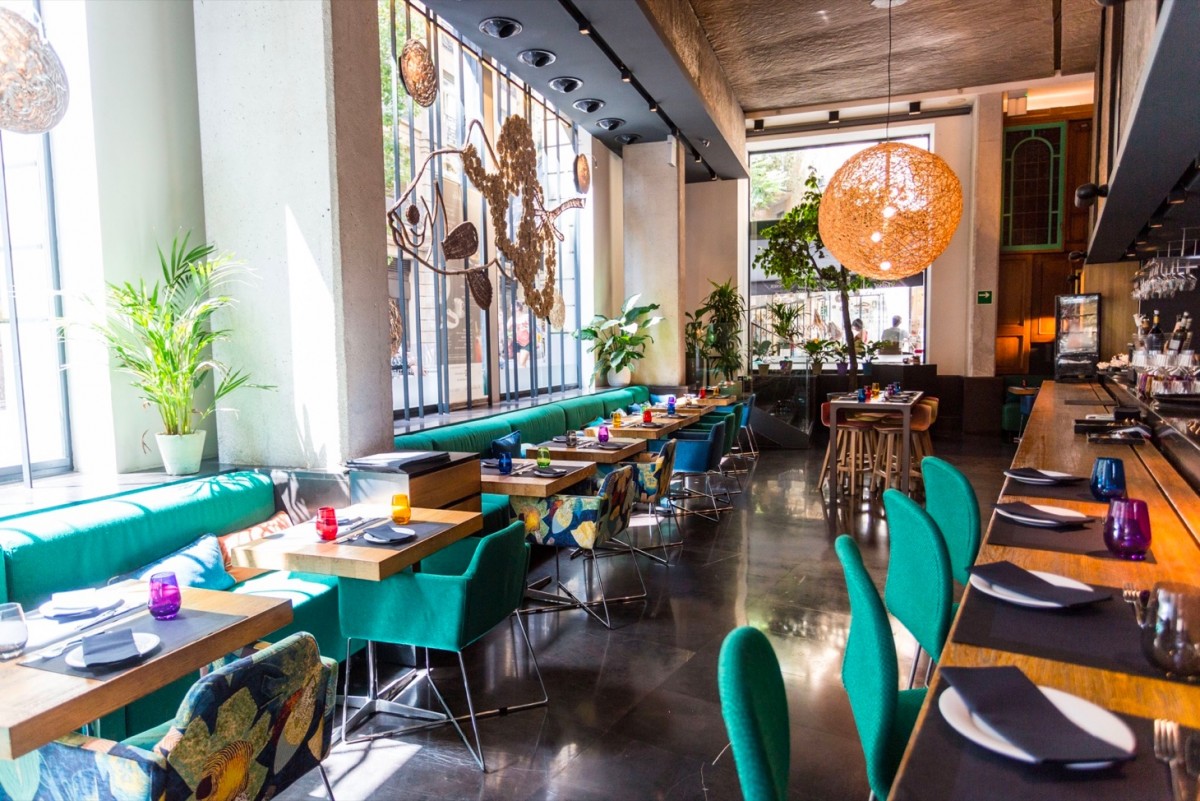 La Plassohla restaurant can seat up to 60 diners. The tables are laid out along the picture windows looking out on to Carrer Comtal, inviting diners to observe the comings and goings along one of Barcelona’s most bustling streets from the peaceful setting inside the restaurant. A table at the bar, opposite the kitchen, gives diners a live view of cooking, mise-en-place and plating.

La Plassohla, Monsieur Rouge and the Rooftop terrace, in addition to Caelis (Michelin-starred restaurant) comprise the Ohla Barcelona hotel culinary offering. All of the spaces are managed and led by Chef Romain Fornell. 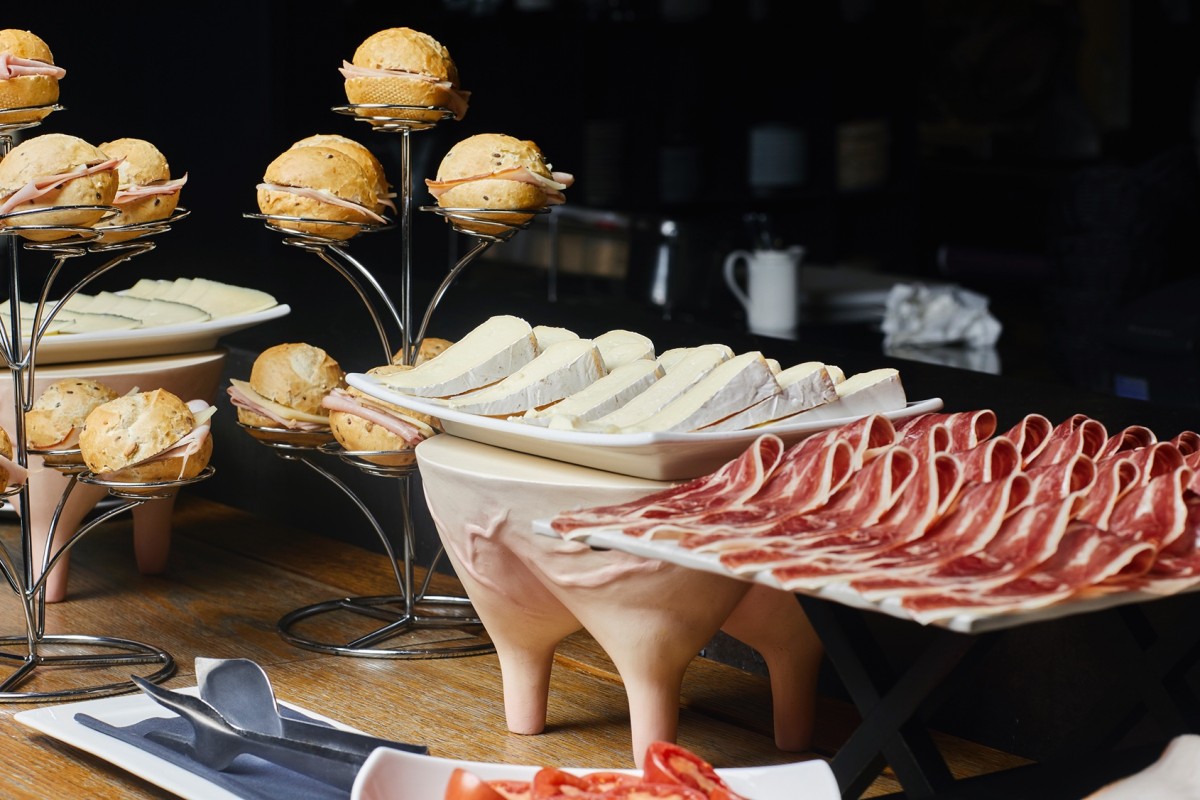 Ours isn’t just any breakfast. Led by Michelin-starred chef Romain Fornell, we offer a full buffet with local produce and select fruit, freshly baked bread and pastries and an extensive menu of egg dishes. Come down with time, grab a paper and enjoy a leisurely breakfast.

Make breakfast what you want: a continental classic with eggs, bacon and toast, or something healthier with fruit and carefully selected local dairy products, or a Catalan tradition with select cured meats, tomato-rubbed bread and virgin olive oil. And enjoy a selection of fresh baked goods, in the French style.

Book your room with breakfast included